At Faith Christian School, we believe knowledge isn't knowledge unless it's retained.

Narration in its simplest form is the retelling of a story or content presented with as much detail as possible. While that may sound like a summary, it differs in that a summary asks the student to highlight only the important details while narration asks the student to remember all the details of the story and communicate them aloud. Narration is easily used in all grade levels and areas of study.

If you are anything like me, I remember very little of the content I tried to learn and memorize during my educational journey. The information did not stick with me much longer than the time it took me to complete the assessment. What is the solution to this dilemma?

Information must be assimilated for it to become knowledge. One analogy for this assimilation can be found in Jason Barney’s A Classical Guide to Narration:

Narration is like sitting down to a meal during which one imbibes knowledge and ideas. Without such a process of mental digestion, content is not stored in long-term memory...When a person does the active work of retrieving content from their memory by communicating it, their memories are strengthened and forgetting is, to a large extent, prevented. In a way, we could say the act of narration is learning itself since it is the act that produces a lasting record in the brain. Knowledge forgotten is not knowledge at all.

When narrating in the Literature classroom, students are actively engaged as they listen to their classmates and make additions and corrections to what they share. In this process, students learn to address their fellow classmates respectfully as corrections are made and receive feedback humbly. Students endeavor to retell the chapter with as many details as possible, in the correct sequence, without looking back at the given book. This is no easy feat and forces students to assimilate what they have heard by sharing it aloud. Peter Brown, author of Make It Stick: the Science of Successful Learning, makes this claim about the effects of narration: 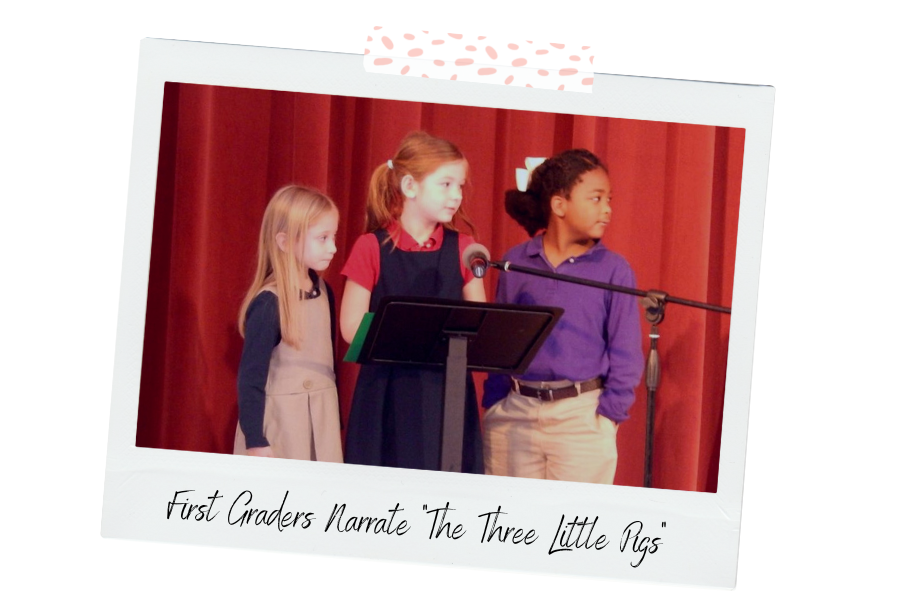 The first large-scale investigation was published in 1917. Children in grades 3, 5, 6, and 8 studied brief biographies from Who’s Who in America. Some of them were directed to spend varying lengths of the study time looking up from the material and silently reciting to themselves what it contained. Those who did not do so simply continued to reread the material. At the end of the period, all of the children were asked to write down what they could remember. The recall test was repeated three to four hours later. All the groups who had engaged in recitation showed better retention than those who had not done so but had merely continued to review the material. The best results were from those spending about 60 percent of the study time in recitation. (30)

Our desire at Faith Christian School is that teachers and students alike would be lifelong learners who seek to further their knowledge and understanding of God and the world around them by assimilating that which we digest in the classroom and through individual study. It is through this process that our hearts and minds are shaped more into who Christ would have us to be.